Vegan for the Animals

Going vegan is life for the animals. (Unsplash)

Being vegan means not eating any meat of animals, dairy products, or any food items that are produced from animals. The aim of being vegan is not only to stop participating in cruelty towards animals, but it is also to stop contributing to the degradation of the environment. Veganism is a lifestyle that many people are now adopting and falling in love with for good and noble reasons.

Now, there is a difference between being vegetarian and being vegan. The former only refrains from eating animal flesh but still consumes cow’s milk, dairy products, eggs, and honey, while the latter eats solely plant-based foods and embodies a cruelty-free life, including supporting compassionate companies such as Wild Pure Heart, who creates vegan books.

Why should we be vegan for the animals? 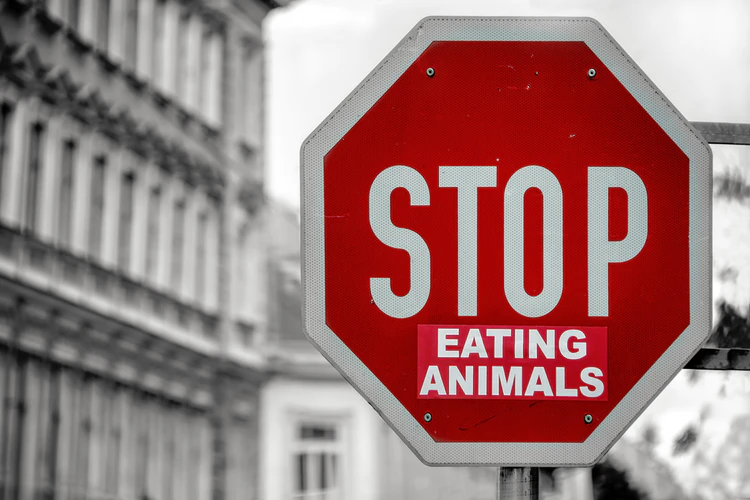 Most people who decide to be vegan do so for moral reasons as they don’t like the torture that animals go through. These creatures are treated very poorly and learning about animal cruelty and watching footage that exposes the suffering they endure can fill you with empathy for the animals.

There is no compassionate way to commodify animals, but animals are treated particularly inhumanely during livestock auctions, at slaughterhouses, during sporting events, and the amount of cruelty that they go through would make anyone feel compassionate about their situation. If you refuse to eat foods that come from them and instead support compassionate companies who create plant-based products, the industries that center around breeding animals as products will stop.

The reason that the industries that endlessly breed and kill animals continues is because there is a demand for it. But if more people gradually become vegan and the demand decreases, then the businesses will have to stop supplying these products, and the cruelty towards animals will decline into nonexistence.

To move towards this more compassionate world, you can support a vegan food charity as these are more economical and healthier to feed a lot of children together. Another important reason for going vegan is to protect the environment and nature. Domestic animals like cows produce methane that is very harmful to the environment, and to satisfy the desires for animal protein of people all over the world, cows are bred in massive numbers. Therefore, if more people start becoming vegan the environment will be much better off.

How can reading books make us more empathetic to animals?

Most people are unaware of the ill-treatments that the animals get. Vegan books, such as Secret Animal Business, contain information for someone who is not aware of the situation.

This particular book’s message of love towards four-legged creatures can convince people to change their ways and go vegan. It will educate them about the realities of the meat and livestock industries, and demonstrate how the animals exploited in these industries suffer.

The more vegan books people read to educate themselves on these issues, the more likely they might switch to a plant-based diet.

Going vegan is not easy at first, and there are some barriers to face in your quest to achieve a more compassionate lifestyle.

But with the right information, these barriers, especially veganism in the domestic sphere, can be easily overcome.

How does Food For Life reconnect humans to animals?

As their policy on veganism states, “Food for Life Global is committed to solving world hunger through addressing the root cause — spiritual inequality … through the liberal distribution of (non-violent) plant-based meals.”

Compassion towards animals is something everyone should practice and teach to children at an early age, so they will grow up to be sensible adults with much love and respect towards all beings. The aim of both Food For Life and Wild Pure Heart is to educate more people about the vegan lifestyle and to feed the hunger with meals that are guaranteed vegan.

The organization considers food as a medium of love.

Do you agree? Have you ever entertained the idea of going vegan? Let us know what you think.

This post is created by the vegan marketers at Ardor SEO with the goal to help ease the barriers to making a lifestyle switch.